The tourism sector has identified different tourism attraction in Iringa

Municipality. The details of these attractions are explained in brief below

graves so the Tanzania Government earn foreign currency from these graves.

Municipal office. It is the memorial monument for Africans soldiers died during

respect of those Africans hero who died during the Second World War, and it

has the historical significance to Iringa region.

The German boma built for administration purpose and was strategically built

on top of the mountain for security in the 1896. It built by using stones that

was collected by the indigenous people; outside the boma there is ammunition

remain which used to destroy forty of Chief Mkwawa at Kalenga, also the

“myombo” tree used as a means of defense for those committed a crime; they

they can be saved from being hanged.

The building designated as cultural Museum for Southern highlands Regions.

ward; 2km from Iringa-Dodoma main road. There are paints of different

animals such as giraffe, impala, elephant and rhinoceros as well as drawings of

hunters carrying spears. The rock is 40m tall and the width of 10m. The

drawings are almost the same with those found in Kondoa Irangi.

The market built after the German defeated Chief Mkwawa, it built in 1896 as

a source of income to the German government. It is said to be the oldest

market in Africa built by Germans. Currently the market is a part of Iringa

Municipal Council’s Market as seen in the picture.

a place for sacrifices so called the place gods. There are seven caves that

necessary to knock out otherwise it will be no light to see it properly. In caves

· Different activities such as animal grazing, dance performance and

domestic activities. When someone knocking the voice of different

activities ceased and the darkness disappear.

· Cultural items such as pots, hoes, horn and stones weapons.

· Ponds are available up to this time at some caves.

attractive features that make someone enjoy the scenery of the place.

Mapanda mountain caves found at the top of the mountain, in which takes 2

hours to climb that mountain to reach the caves. The caves believed to be used

as a hidden place during the maji maji war. At the entry point there are pieces

of woods that were found before 1972

of Nduli airport about 3km. inside the caves is a habitat of animals known as

distance of 10km from Iringa Municipal Office. These pillars have different

attractive shapes which cover an area of about a half kilometer.

These caves found at Ruaha caves about 10 km from Iringa Municipal office.

of them were iron makers used as hiding place and settlements. It believed that

there are 12 rooms but only two rooms are passable. The second room is big

like a hall in such the way that 30 people can sit freely.

These Pillars found at 3 km from Dar es Salaam – Mbeya main road. They

found at Ulonge village in Ruaha Ward. These Pillars are so attractive and

takes huge area of about 3 km2.

headquarters. The stone was used by Hehe tribe as a place of sacrifice

especially during the period of war. They used the place to ask themselves if

they are going to win the battle or not. It believed that the stone stop speaking

in 1857 when the sacrifices process stopped. These stone has the attractive

shape where on the top is flat in such way that 30 people can sit freely. When

someone is on the top can view the different parts of Iringa town, there is a

fresh air with cool blowing wind which attract someone to stay on that place.

per night. This number is low regarding Iringa as a hub for tourism. Apart from

employment for about 400 residences

There are several tourism colleges found in Iringa Municipality, these colleges

level of tourism. The availability of these colleges is a sign of tourism activities

going on in the area.

and Kitulo National Parks. Also for cultural tourists they organize safaris and

walking town tours. These are

such as Barclays, CRDB, NBC and NMB.

living standard to its residents, this can be possibly done in collaboration with

Hehe dances as a source of income; the group located at Mkoga village at

This is the mixed group of elders, youths and children; the group found at

Isakalilo ward. The group performs a dance called “Kiduo” which is a Hehe

word. It is a fantastic group as it involve elders, youths and children above four

years, the elders impart cultural knowledge to the children so that cannot

This is a cultural dancing group found at Semtema Street at Kihesa ward. The

This is a group found at Kihesa Kilolo at Mkimbizi ward, the group deals with

environment conservation and tourism activities of keeping the paints of

tourism activities such making of cultural clothes, decorations and juices from

A tour guide or a tourist guide provides assistance, information and cultural,

historical and contemporary heritage interpretation to people on organized

tours and individual clients at educational establishments, religious and

historical sites, museums, and at venues of other significant interest. This is a 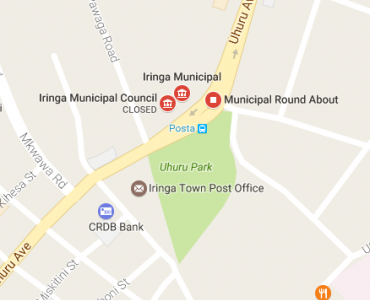